The make up of the 1969 Mint Set (Buy on eBay) was identical to the previous year, including ten individual coins with a collective face value of $1.33. After the high sales for the prior year set, demand cooled somewhat for the second year of offering for the resumed annual uncirculated coin set. 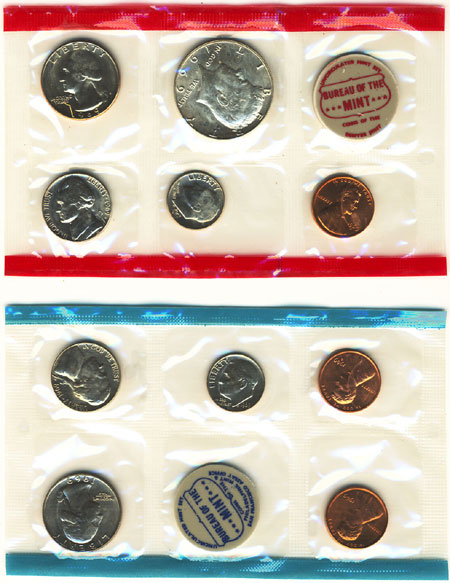 The half dollar included in the set was struck in a composition of 40% silver. This issue also represented the final year that halves with silver content would be issued for circulation. In the following year the denomination would include silver, but would not be issued for general circulation.

Sets carried the same $2.50 mint issue price and were packaged in two individual cellophane flat packs. Protected between two sheets of thin cardboard, the packs were placed within a white envelope marked “1969 U.C.” with the Treasury Department mailing address a the top left.

Today, this is one of the more common Mint Sets that can be found with abundance and purchased for less than $5.