The 1980 Mint Set (Buy on eBay) saw the number of coins included rise to thirteen with the inclusion of the Susan B. Anthony Dollar struck at the San Francisco Mint. This marked the highest number of coins per set and also the first appearance of the “S” mint mark within the standard set since the 1974 Mint Set. 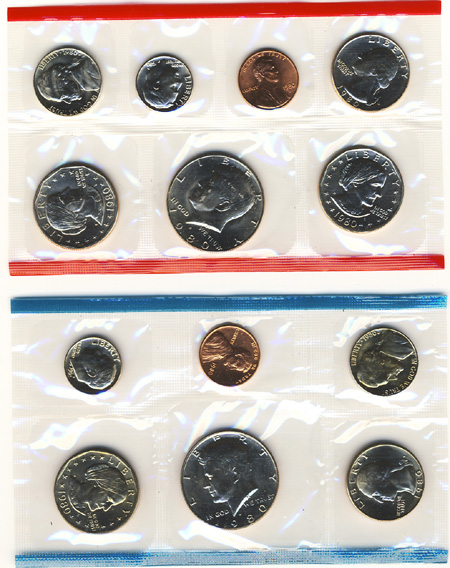 Introduced in the previous year, the new small sized dollar coin was struck at all three mint facilities for circulation. Unlike the previous year, all three mint marks were included within the annual uncirculated set. The collective face value of the coins in the 1980 Uncirculated Mint Set was now $4.82. This led the US Mint to increase the issue price by another $1.00 to $9.00 per set.

Each set included the following coins: