As customary, the United States Mint issued a set containing each of the years circulating coins for collectors. The 1989 Mint Set (Buy on eBay), was little changed from the previous year in that it contained 10 different coins across five denominations, with a face value of $1.82. The sets were originally sold to collectors at an issue price of $7.00. 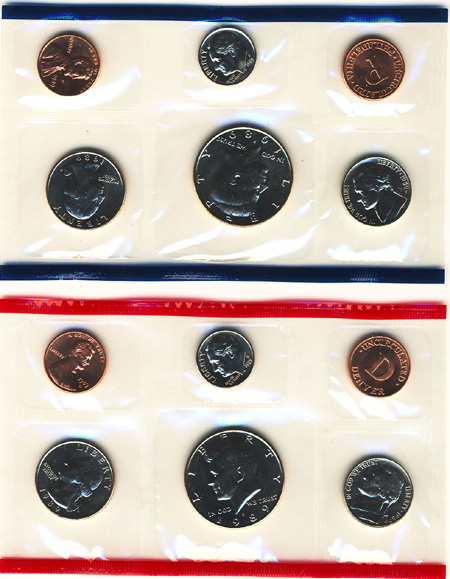 The 1989 Mint Set can now commonly be found for less than the issue price. At times, some coins included in the sets may be encountered with proof like surfaces. For strongly proof like coins, the third party grader NGC will designate “PL.”

The circulating coins included in the set are struck at the Philadelphia and Denver Mints. Along with the following ten coins, two mint tokens are packaged with the set:

Together with a certificate of authenticity, the coins are housed in an illustrated envelope. This year’s design features the five circulating coins and two mint tokens against a white background.