After six years of utilizing a special satin finish for the annual mint set, the United States Mint switched to using a brilliant finish for coins included within the 2011 Mint Set (Buy on eBay). 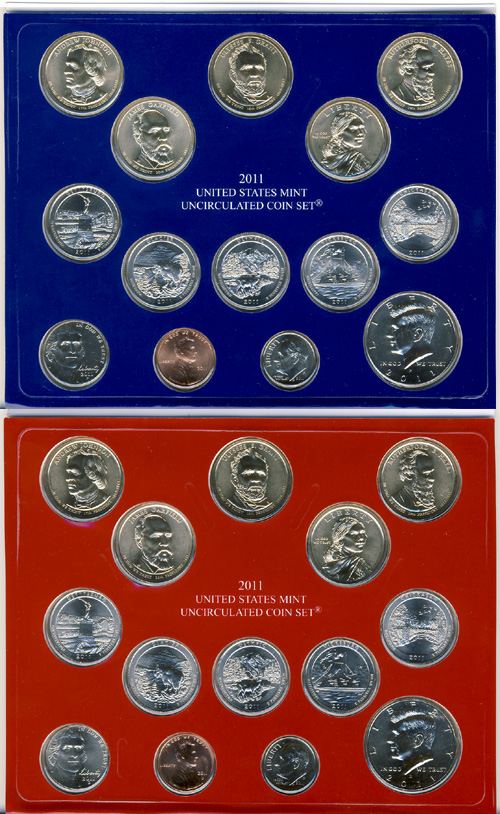 According to the Mint, the reason for the change was to create more aesthetically pleasing coins, as the previous finish made contact marks from coin on coin contact more apparent. The new brilliant finish was produced by striking coins on special presses using greater than typical force to create an intricately detailed image. Despite higher strike quality and more lustrous surfaces, the coins are typically not differentiated as separate issues from standard circulation strikes.

Sales for the 2011 Mint Set opened on February 8, 2011, which was significantly earlier compared to the prior year. The Mint made the change in response to customer feedback which indicated a desire for the sets to be released earlier to allow for gift giving opportunities throughout the year. Each set was priced at $31.95, unchanged from the prior year.

A total of 28 different coins were included in the set. The historically high number of coins in the set was the result of the multiple designs issued under the America the Beautiful Quarters and the Presidential Dollars Programs.

Each set included the following coins:

The design for the packaging was updated to match the new brand identity and logo adopted by the United States Mint. The logo consists of a golden colored coin flipping through the air against a black background.