After the surge in interest for the previous issue, the 1988 Mint Set (Buy on eBay) resumed a more typical sales pattern. The United States Mint recorded sales of 1,646,204 sets, at the original issue price of $7.00. For contemporary collectors, the sets can still be obtained on the secondary market around the original price or less. 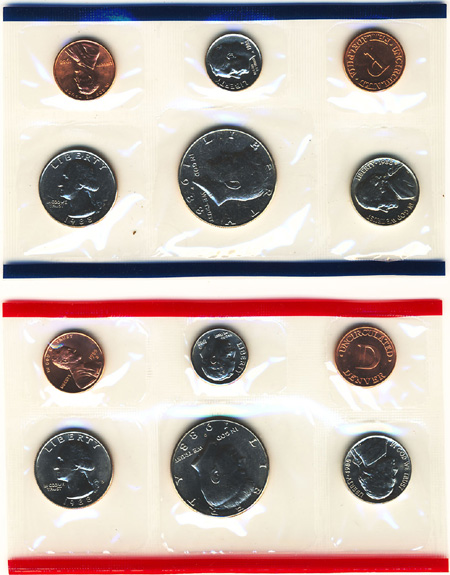 Each 1988 Mint Set included one example of each of the coin struck for circulation that year plus two tokens bearing large letters “P” and “D” representing the Philadelphia and Denver Mints. Each set included the following: